Time to review your culture and policies? 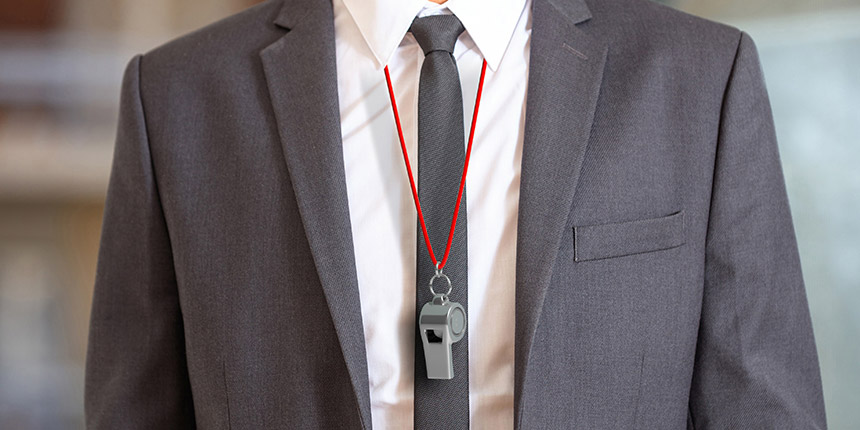 Evidence of acting to the detriment of a whistleblower could have serious consequences. With whistleblowing complaints on the rise and the requirements of SM&CR, RWA Business Consultancy share a timely reminder on the importance of having a culture and policies that help staff feel confident about raising issues and challenging behaviours.

Whistleblowing is the act of telling the authorities or the public that the organisation you are working for is doing something immoral or illegal (CollinsDictionery.com).

At the beginning of this year, The Financial Times reported that a Freedom of Information Act request from accountancy firm BDO revealed that the number of whistleblowing complaints to the FCA increased by 24% in 2018. Of this, there was an increase of 232% for complaints relating to treating customers fairly.

This increase seems to have coincided with the introduction of the Senior Managers and Certification Regime (SM&CR) within the financial sector. As SM&CR will be extended to solo-regulated firms, including insurance brokers, from December this year, one can only assume that whistleblowing complaints will continue to increase.

Managed and assessed 1,119 whistleblower reports. These consisted of 1,755 separate allegations, and resulted in the following outcomes:

One example highlighted by the Financial Times is the ongoing investigation by the FCA into the Royal Bank of Canada’s working culture in its London office following dozens of complaints to the regulator about staff treatment.
This supports the current output and thinking from the regulator that SM&CR’s core objectives will challenge firms to display an increased standard of governance, promote a culture of accountability and transparency, and embed values grounded in the fair treatment of both employees and customers.

Despite the FCA’s limited actions, they do nevertheless believe that whistleblowers play a significant part in exposing poor practice in firms and that many have resulted in action taken against firms and individuals. However there still seems to be some reluctance for individuals to come forward and make a notification, fearful of the impact on themselves as individuals. That is why the FCA expect firms have in place adequate policies on dealing with whistleblowers and that a senior manager takes responsibility for overseeing these policies. Yet policies and procedures alone won’t shift the balance.

That’s why the regulator, with the assistance of, for example, SM&CR, are looking at firms to establish a culture where staff would feel confident raising issues and challenging behaviour(s).

What steps should be taken?

Offering confidentiality to those speaking up will be of immense comfort to whistleblowers, however this will be of no value if staff have little or no confidence to approach their employers. A senior individual in the firm (usually a director) should have overall responsibility for whistleblowing, ensuring that that the policies and practices are embedded in the firm’s culture. This may form part of Statement of Responsibilities in line with SM&CR.

The FCA would regard as a serious matter any evidence that a firm had acted to the detriment of a whistleblower. Such evidence could call into question the fitness and propriety of the firm or relevant members of its staff, and could therefore, if relevant, affect the firm’s continuing satisfaction of threshold condition 5 (Suitability) or, for an approved person or a certification employee, their status as such.

Schemes - we cover more than you think

We’ve a well-deserved reputation as a leading insurer in the church, charity, education, heritage, faith, high-net-worth and property sectors. What's less well-known is our substantial involvement in specialist schemes.

More information for Schemes - we cover more than you think

Our updated product available from 12 September 2022, provides a variety of covers designed to help your clients protect what’s most important – their family, lifestyle and property.

The rise and rise of Post-War and Contemporary art

The rise and rise of the post-war and contemporary art market over the past fifteen years - an assessment - by Anthony McNerney, Director of Contemporary Art at Gurr Johns.